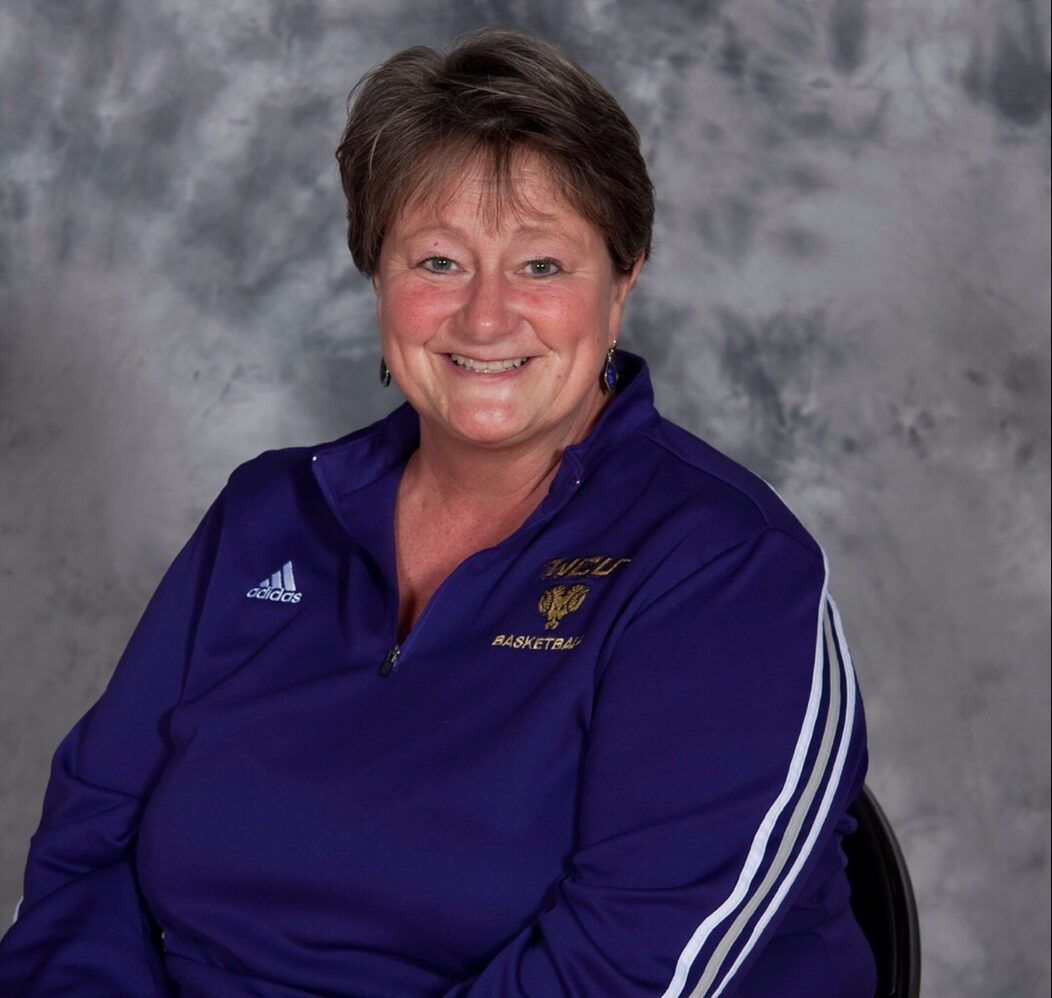 To celebrate this historical anniversary, the Collaborative will continue to highlight the significant contributions of Philadelphia women who have left their mark on the sports world and in the lives of many. This month’s feature is West Chester basketball icon, Deirdre Kane, former West Chester women’s basketball coach.

Deirdre Kane is the winningest basketball coach in all of West Chester University basketball history with 447 wins in her 27-year career. Deirdre was hired as West Chester’s first full-time women’s basketball coach in 1987 and, during her time as head coach, the Golden Rams won at least 20 games in seven seasons, winning 5 Pennsylvania State Athletic Conference division titles. In 1992, she led her team to a school record of 25 victories.

Even before coaching, sports played a large role in Kane’s life. She was a three-sport star at Paul VI High School in Haddonfield, New Jersey, where Kane became the first female athlete in the history of the University of Dayton to receive a scholarship to attend.

During her time at Dayton, Deirdre also won the Basketball Club of South Jersey’s college player of the year in 1976. The Courier-Post flew her home to attend a banquet in honor of her achievement and during that banquet, Deirdre gave an acceptance speech that landed her a job as a basketball coach at Gloucester Catholic High School in 1978.

After three years at Camden Catholic, Deirdre and her family moved and she had her first experience coaching college basketball at Salisbury University in Maryland. After Salisbury, she had coaching stints at Swarthmore College and the University of Pennsylvania, before settling at West Chester University where she coached for over 20 years.

As her career progressed in coaching, her experience as a woman in sport presented its barriers, but Kane always fought for equity. “Once Title IX passed, schools were creating equal budgets, scholarship opportunities, and better recruitment opportunities making competition better but coaches still faced challenges”, Deirdre shares, “Outside of football and basketball, coaches’ salaries were extremely low.” As a member of the Pennsylvania State Athletic Conference coaches union, Kane helped negotiate the first union contract for all coaches across all sports in PSAC.

Deirdre is a five-time Conference Coach of the Year recipient, a member of three Halls of Fame, and a three-time Regional Coach of the Year. Her legacy as a head coach for West Chester’s women’s basketball program was her success in creating positive relationships with her staff and players over the years.
“Teaching women that they could be strong was important to me, encouraging them and letting them know winning isn’t everything was key,” Kane shared when asked about her relationship with her players, “If you build the relationships and recruit properly, the success will follow.”