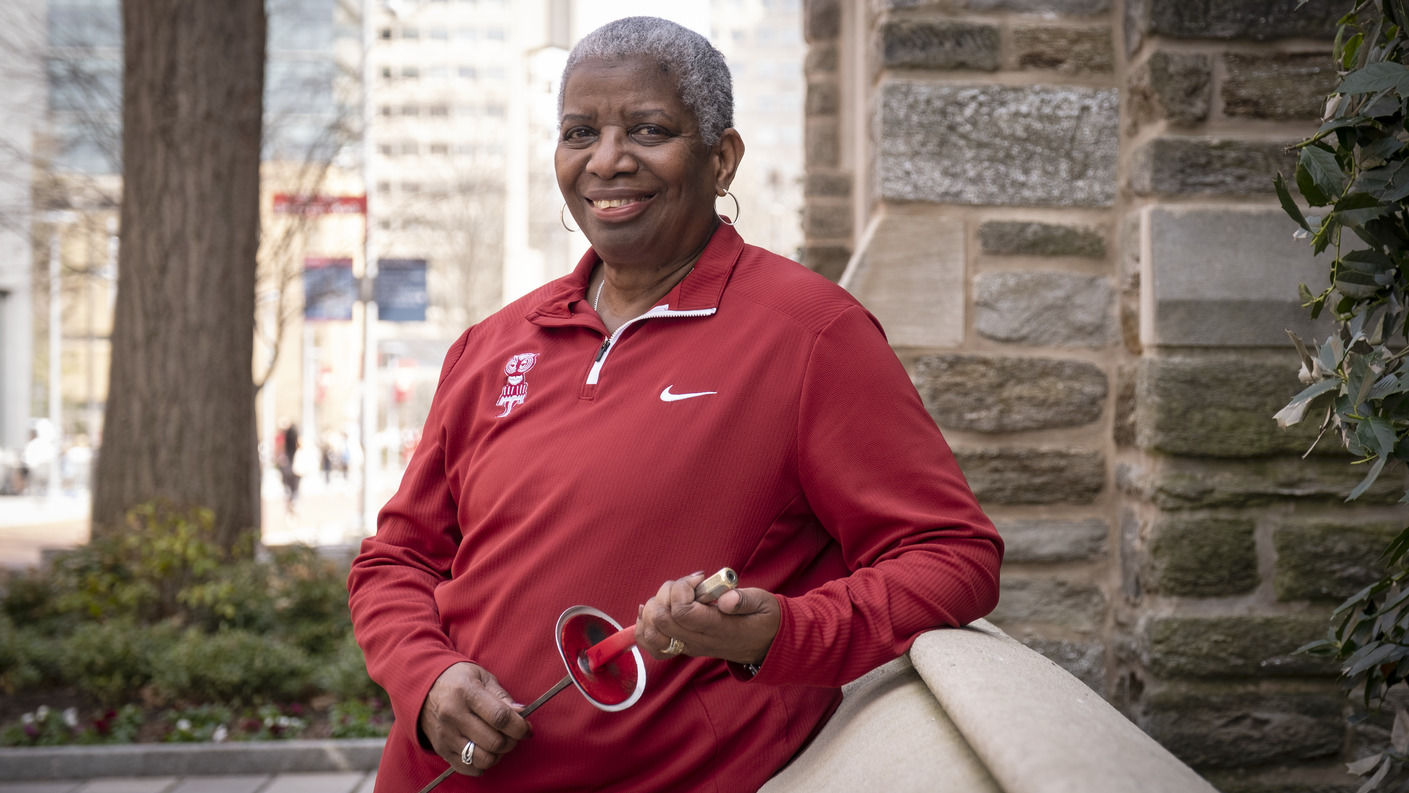 June 23, 2022, will mark the 50th anniversary of Title IX, arguably one of the most significant pieces of civil rights legislation in America’s history. To celebrate this historical anniversary, the Collaborative will be highlighting the significant contributions of Philadelphia women who have left their mark on the sports world and in the lives of many. This month’s feature is fencing legend Dr. Nikki Franke, Head Coach of Temple University’s Women’s Fencing

Fencing has been a big part of Dr. Nikki Franke’s life for more than 50 years. The sport has taken Franke, who grew up in Harlem, N.Y., all over the world as an Olympic athlete. She was a member of the 1976 and 1980 U.S. Olympic fencing teams and a two-time U.S. Fencing Association national foil champion.

The New York native said she remembers when she was getting started with fencing during her scholastic years.”I actually didn’t start fencing until my senior year in high school,” Franke said. “I had been involved in other sports right before getting into fencing. I did pretty well. I was told that Brooklyn College had a good fencing coach, Denise O’Connor, an Olympian herself so I set my sights there.”

Once she graduated from Brooklyn College, her mother and O’Connor told her about an opportunity to attend Temple University in Philadelphia. The career move provided her with a chance to receive a master’s degree in health education while still being able to compete.

Fencing provided her with an opportunity to not only receive a good education, but the chance to have a long and distinguished career as the women’s fencing coach at Temple. She launched Temple’s women’s fencing team, building what had been a club team into an NCAA Division I team. She was the first Black woman ever to coach an NCAA Division I fencing team. Her Temple teams have earned 874 victories in NCAA competition and coached Temple to an NCAA championship in 1991–1992.

When asked about coaching, Franke shared the influence mentors and coaches have had on her throughout her life and career. “If it hadn’t been for strong women in my life who guided me in many ways, I wouldn’t be where I am today. That’s something that’s really important to me—to give back to the young women who come into our program, to be that guide to help them into the next phase of their lives.”

In nearly 50 years as a coach, much has changed in the world of women’s intercollegiate athletics. “Support for women’s sports get more exposure now”, Franke says, “and the level of training is much better. Title IX has opened up opportunities for young women to play at a higher level and earn athletic scholarships, and coaches of women’s teams now have equal access to facilities and equipment.”

She has spent a lot of time sharing her efforts with youth outside of coaching. Franke is one of the co-founders of Black Women in Sport Foundation along with Tina Sloan Green, Alpha Alexander, and Linda Greene. The non-profit foundation based in Philadelphia encourages black women and girls to participate in all areas of sports, which include coaching and administration.