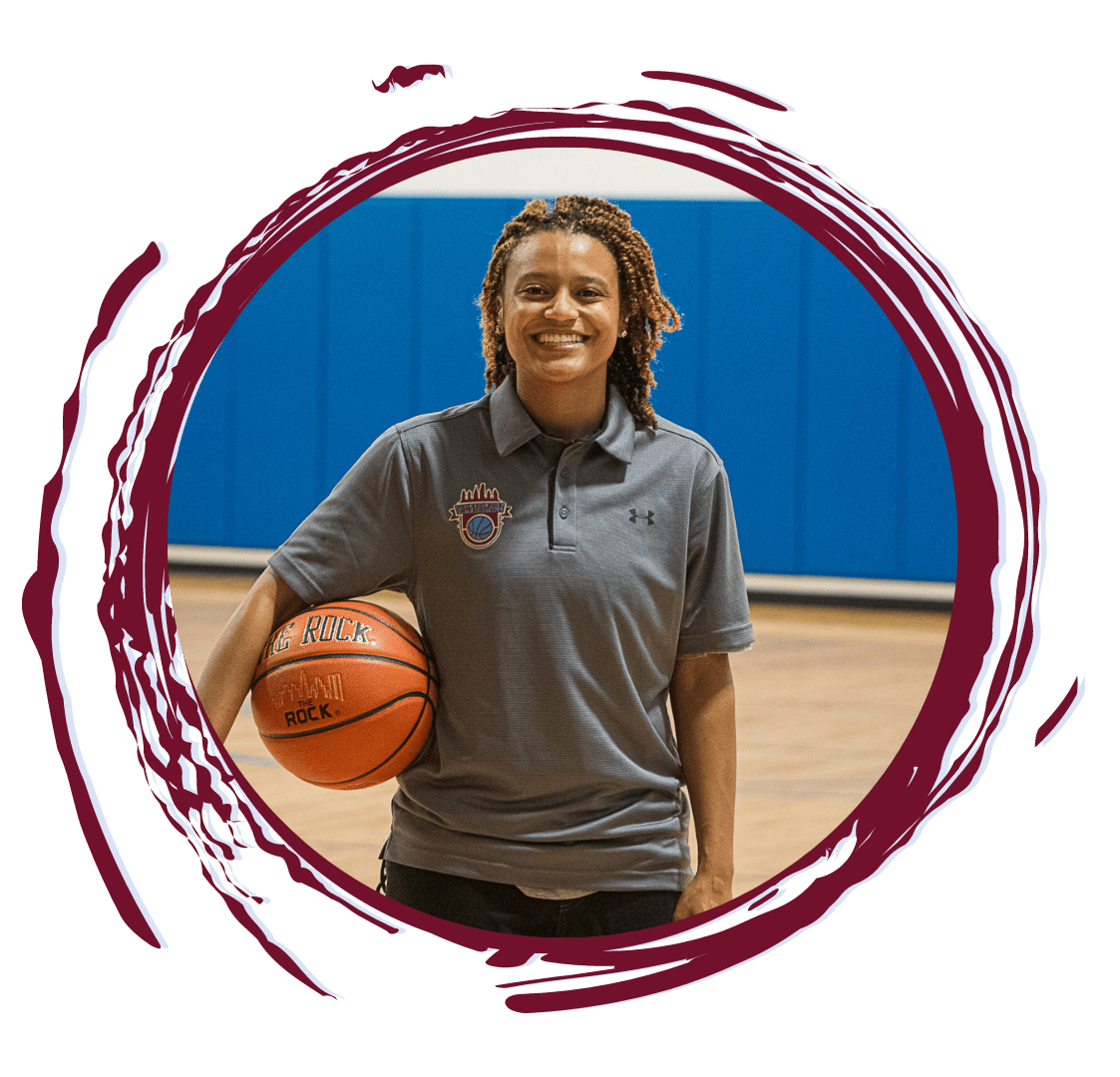 Jaryn Garner is a coach-mentor at Philadelphia Youth Basketball. She attended undergrad at Saint Joseph’s University and played basketball for the university. During her time at Saint Joseph’s and after graduating, she spent time volunteering as an AAU coach, Special Olympics coach, and camp counselor. Jaryn has been coaching for about 4 years now and tries to be as upbeat and energetic as possible with her students especially now.

In the past year, Coach Jaryn has made it a point to check up on her students by asking them how they are and including them as much as possible at practices.

Jaryn says that she didn’t always have the most ideal coaches growing up but tries to change that in her coaching style by being passionate yet loving to her students.

“I try to let everyone feel important, and remind them what they bring to the team,” Garner explains, “I show attention to everyone by treating them as if they were my family and staying in contact with them to talk about life, not just basketball.”

The Collaborative Partners with the Office of Children and Families to Provide Sports Equipment, Curriculum, and Coach Training for Youth Summer Programming